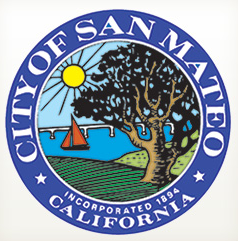 Brad has enjoyed an extensive and dedicated career in the public sector and brings with him 30 years of broad public works experience. Due to the multiple similarities in infrastructure and programs shared by San Mateo and Foster City, San Mateo officials are confident that Brad is well-equipped to effectively take the helm in San Mateo and transition smoothly into his new position. He is already familiar with certain aspects of the San Mateo Public Works department, having previously worked with the city on projects such as the Waste Water Treatment Plant and FEMA. He has also expressed his excitement at continuing to advance initiatives that benefit both the environment and San Mateo’s citizens, such as its green streets initiative.

Before Foster City, Brad worked for the City of Bakersfield, starting as an engineer before being promoted to managerial positions including General Services Supervisor, Operations Manager, and ultimately Assistant Public Works Director in 2008. His passion for providing positive encouragement to his team members, as well as his exceptional leadership skills, have always been highlighted as a key component of his success throughout his career. “Brad’s technical background, leadership ability and focus on relationship building captures several key qualities needed to fill the Director position,” said Larry Patterson, San Mateo City Manager.