Samuelson comes to Antioch from the City of Brentwood, where he served as an Engineering Manager, overseeing their capital improvement program, GIS system and construction inspection function.  John also spent ten years with the City of Rancho Cordova, managing their traffic engineering and street operations and maintenance divisions.  Samuelson has his degree in Civil Engineering from California State University, Sacramento, and is a licensed civil and traffic engineer.

TBC is proud to work to connect excellent candidates to the right positions, and to find the right fit for our local government clients and their communities. Follow us to stay apprised of current and upcoming searches. 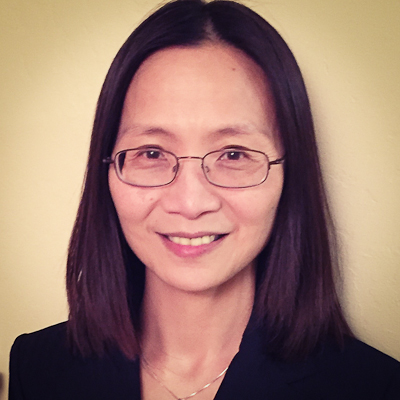 We are pleased to announce the appointment of Susanna Chan as Public Works Director by the City of Los Altos. She comes from the City of San Mateo after 13 years of executive service in the public Engineering sector.

“The City of Los Altos might be the busiest little city on the West Coast with more than 37 city improvement projects currently open and active. Susanna is the perfect candidate to jump right in and ensure the successful completion of the city’s vision,” said Teri Black, President & CEO of Teri Black & Company, LLC, an executive recruiting firm specializing in local government placements.

Susanna’s background also includes working for the City and County of San Francisco, the City of Concord, as well as five years as an Engineer in the private sector.  She has a B.S. in Civil Engineering and an M.S. in Environmental Engineering, both from UC Berkeley. Susanna is licensed as a Registered Professional Engineer and holds a certificate in Construction Quality Management for Contractors from the Army Corp. of Engineers.